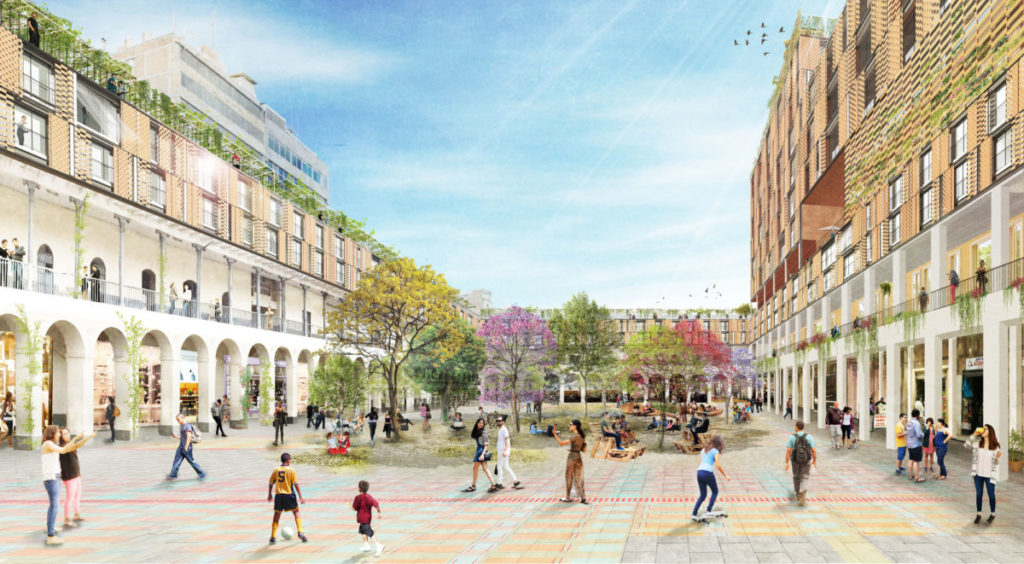 This project was developed within the scope of CUENCA RED, the urban reactivation strategy for Cuenca, Ecuador. Cuenca Red proposed to incorporate activities and programs in the Historic Center in order to create a new network of reactivated public space. One of those spaces is Febres Cordero, an emblematic and historical building which had functioned as a school for decades.

During the participatory phase of the project, it became clear that the building was an opportunity to boost development in the area. Proposals focused on the continuity of commercial activity, cultural development, and housing solutions in the area.

The project is conceived as a hybrid building capable of hosting different programs, aiming to create a diverse community around it and to become a reference in the area for economic, environmental, and social sustainability.

After a careful study of the history, typology, and construction of the building (built around 1900), the intervention is designed to preserve its historical value and at the same time to introduce new structures to diversify the possibilities of use and adapt it to the evolving urban context.

Following the design, the existing building around the central courtyard is refurbished for residential use, while also creating a new public terrace at roof level. In addition to that, a new building is constructed in place of some less valuable structures. This new building permits the inclusion of residential typologies that were not possible in the existing structures and spaces (halls, rooms, terraces) capable of supporting new public activities. The courtyard is connected to the street through several entrances and is turned into a public square.

The final design and construction systems were devised under the following sustainability criteria: following bioclimatic design principles for better energy efficiency, adopting local materials and construction techniques to improve durability, and considering the economic impact of the construction at a local level.

You can see all the details of this project in the following documents: