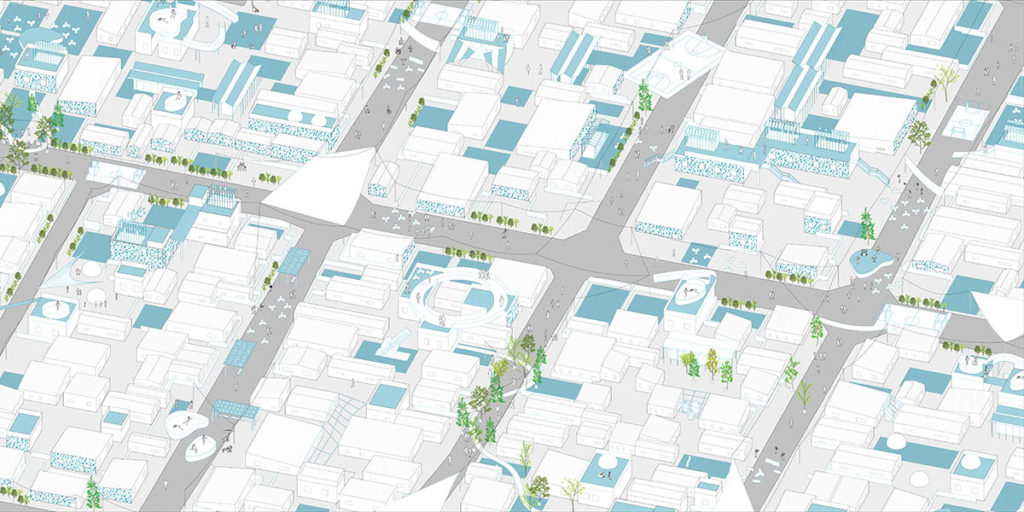 The project “Public Space as a Catalyst for Change in Informal Settlements: The Case of Argentina” is a joint research conducted by Ecosistema Urbano and the Inter-American Development Bank – Housing and Urban Development Division. It aims to identify strategies, parameters, and techniques for the development of resilient public spaces in informal neighborhoods of Argentina.

As nearly 1 billion people (a quarter of those currently living in urban areas) reside in informal settlements that fail to meet their fundamental needs, it becomes increasingly essential for designers and planners to tackle these challenges. Beyond the typical themes of housing and infrastructure, public space remains an often understudied topic that proves central to ensuring equity and integration in urban settings.

Public space is highly relevant for a population’s wellbeing: it can contribute in enhancing community networks, provide space for collective agency and overall increase individual and community welfare. However its significance and relevance in informal settlements are yet to be fully explored. Intervening in public spaces can provide opportunities to compensate for the shortcomings of the built environment and help create a more equitable one.

The research question of this investigation is:

This research is organized around two main components:

Most of the projects, policies, programs, and proposals studied span across locations of the Global South, with some to be found in North America. Among the selected case studies for the research, those which received a high score were the interventions which tackled the following topics holistically:

The study shows that, despite the widespread perception that programs are one of the most common strategies used in informal areas, the direct provision of services and infrastructure is actually the more prevalent one, boosting physical and social infrastructure in each community. Another commonly-found strategy is to begin by a single intervention or pilot project, aimed at catalyzing further change as part of a broader network of actions.

Additionally, and despite the wide variation in stakeholders for every case, the study suggests that most of the selected projects may have been successful because of the highly localized nature of their actions and involved advocates. The three main stakeholder groups identified are the private sector, civil society, and local governments. This points to the importance of finding support by trusted actors in the community, such as local officials and private actors invested in equity and welfare, for the successful implementation of the projects.

Every one of the selected informal settlements was analyzed based on satellite imagery observations. At the scale of the neighborhood, the mapping included local landmarks (libraries, religious buildings, schools, sports facilities), circulation nodes (bus stops), natural features (riverbeds, forests) and other land uses (landscaped public space, agricultural land, unused terrains). On a smaller scale, looking at a specific portion of the urban fabric within the neighborhood, the mapping covered in more detail the nature of the build and natural environment. This allowed to determine the proportions of open space, built areas and vegetation coverage, in order to better understand the potential for intervention within that environment.

Based on the lessons learnt from the previously analyzed international case studies, specific interventions were determined in each neighborhood studied to improve its public space.

The proposed interventions include: organizing programmatic activities in existing open spaces, building covered community gathering spaces, making use of the school environment as a public space, connecting to natural features such as a hill or river, improving the local mobility networks, and planning connections to the formal city through pedestrian routes, bicycle or bus trails (public transport).